On July 9th, 2018, about a month before the Watts Family Murders, and the very same day “nutgate” happened, a Moore County couple were charged with neglect after their 4-year-old found a gun in his mother’s purse and shot himself.

It appears the shooting happened on Saturday, July 7th at 19:00, but was reported in the media two days later on Monday, July 9th.

The shooting occurred Saturday evening in a room of the Oceans One Resort [in Myrtle Beach, North Carolina]. Isaiah Odom was playing by himself in his parents’ suite when they heard a gunshot from the next room, police said.

Isaiah remained in critical condition Monday at Grand Strand Hospital. Parents Heather Lyn Odom and Jeremy Jermaine Barrett, who are from Aberdeen, have been charged with unlawful neglect of a child, and they pleaded with a judge Monday to let them out of jail so they could be with their son.

“I just wanted to say that this was just a tragic accident, and it’s something that shouldn’t have happened, but it did,” Odom told Municipal Judge Clifford Welsh. Family members of both parents spoke in court on their behalf.

Welsh got choked up as he granted their request to be released.

There appears to be a link between Shan’ann Watts, Sandi Rzucek, Frank Rzucek and Robynn Remers, though at this stage it’s difficult to establish whether they are family, friends or coworkers.

What this potentially shows is that the idea of child-neglect and mortal danger to a child may have been high on Shan’ann’s radar, and remained high because of the local news brewing at the time.

It’s likely folks in the small town of Aberdeen were thinking and talking about it constantly, and probably the Rzuceks in particular [since they knew the victim’s family] and Shan’ann keyed into this. This may have prolonged and aggravated Shan’ann’s response to the original incident and the reason why she reacted to it as an ongoing emergency.

During their trip to Myrtle Beach during the first week of August, local coverage and gossip of the incident may have hung like a cloud over the resort, and may have re-triggered a preoccupation and arguably ongoing overreaction from Shan’ann.

In hindsight it could be argued Shan’ann’s instincts were right, that she was right to be worried about the safety of her family. On the other hand one could speculate that if her concern was extreme or seen to be excessive to certain other people in the equation, it may have fed into a pernicious psychology swilling at the time, or even precipitated it. 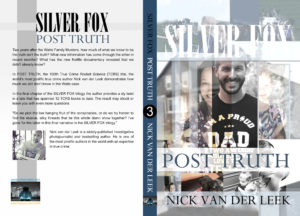